PHILOSOPHY OF THE MUSTANG MAKEOVER GERMANY

What is the MUSTANG MAKEOVER and why is there this unique horse event?

For us, the team of American Mustang Germany, Mustangs are very special beings. Original and human-oriented, they touch us and many horse lovers deep in the heart. In the USA they are loved, hated and chased away equally, their existence is endangered.

Currently, about 47,000 of these wonderful horses live in sanctuaries and are looking for a home. They have been captured by the US authority BLM (Bureau of Land Management) as part of the population controls. For some time now, conditions have been deteriorating - land scarcity, budget cuts and the repeal of the protection law are under discussion.

The MUSTANG MAKEOVER is about training almost raw mustangs within 140 days in a horse-friendly, harmonious and fair way. Participating trainers, who are selected after an application procedure, document their work with video and photo contributions and thus contribute to improving the level of knowledge about horse work.

The big final event - a very special event - is a knowledge platform and an experience. American Mustang Germany has brought this unique event, which already attracts attention to the Mustangs in the USA with great success, to Germany and would like to draw attention to these special horses, contribute to their protection and at the same time convey that these American legends are excellent comrades and partners.

We are convinced that these animals touch and reflect people in a very special way and that there is no better trainer than your own Mustang, emphasizes Silke Strussione (initiator of the Makeover). Already today, many horse lovers in Europe have decided to buy their Mustang. Grown up in the rough areas of the American West, demanded to run long distances from day one, daily in search of water and feed, life in freedom selects very strictly. The strength and calmness that these beings therefore radiate is remarkable.

The MUSTANG MAKEOVER is an event that is based on the American original, but differs from a pure competition/tournament. To take the pressure out of horse training and the event, it is a matter of the heart for us to establish a pro horse event with depth effect. For this purpose, completely new evaluation guidelines were developed together with horse behavior experts.

Let's simply call it a harmonious and fair competition, which is not oriented towards the highest sporting performance of the horses, but where the partnership and trust of the teams is the main focus.

We make the invisible bond between horse and trainer visible!

In addition to the mustangs, it is also important to us to shed light on the basis of horse training and many important topics relating to horses. Well-founded trainer and expert knowledge should help the audience to recognize new ways and to set realistic goals for the education and training of their own horse.

Together, we can make the world of horses better!

SITUATION OF THE MUSTANGS IN AMERICA 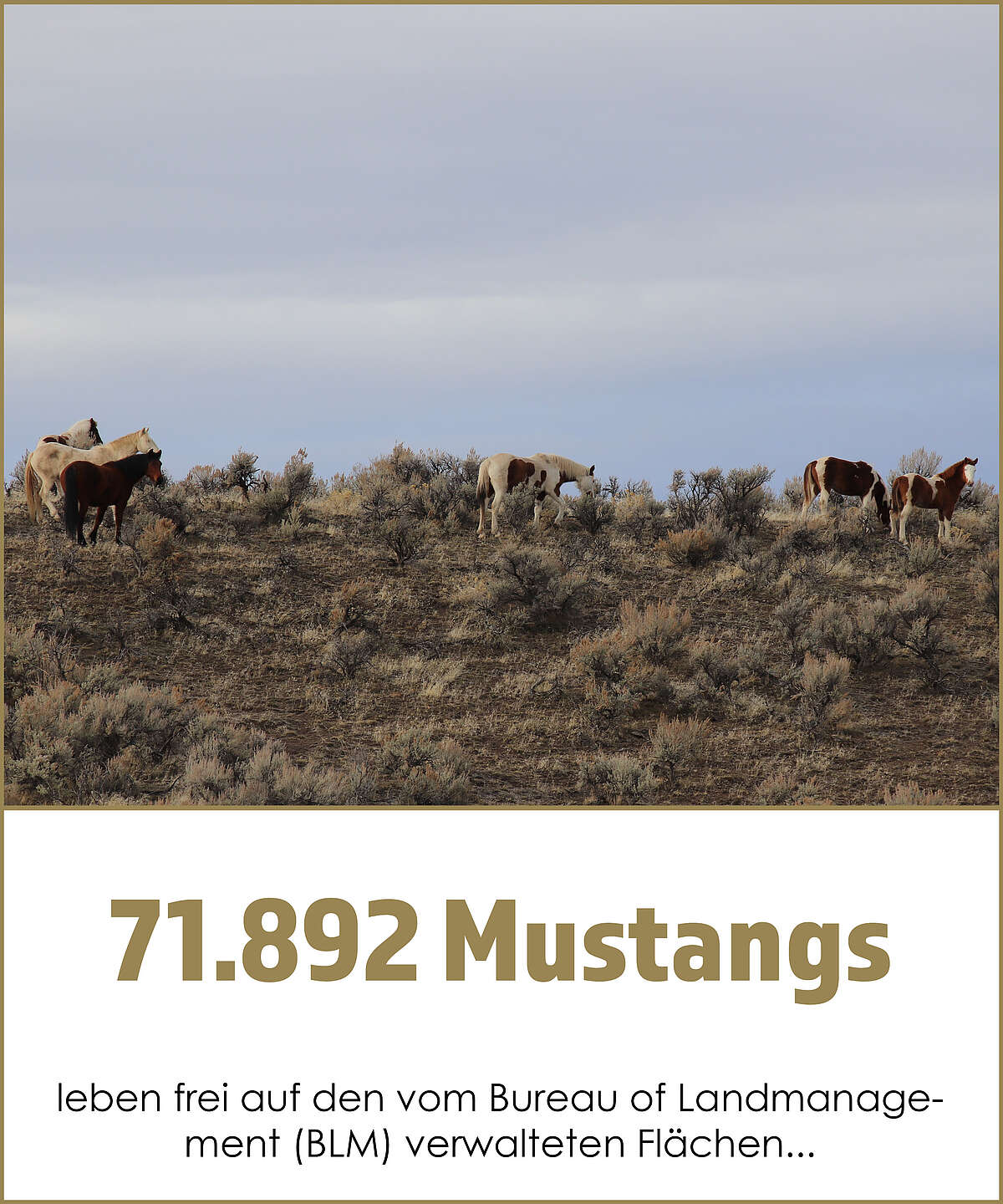 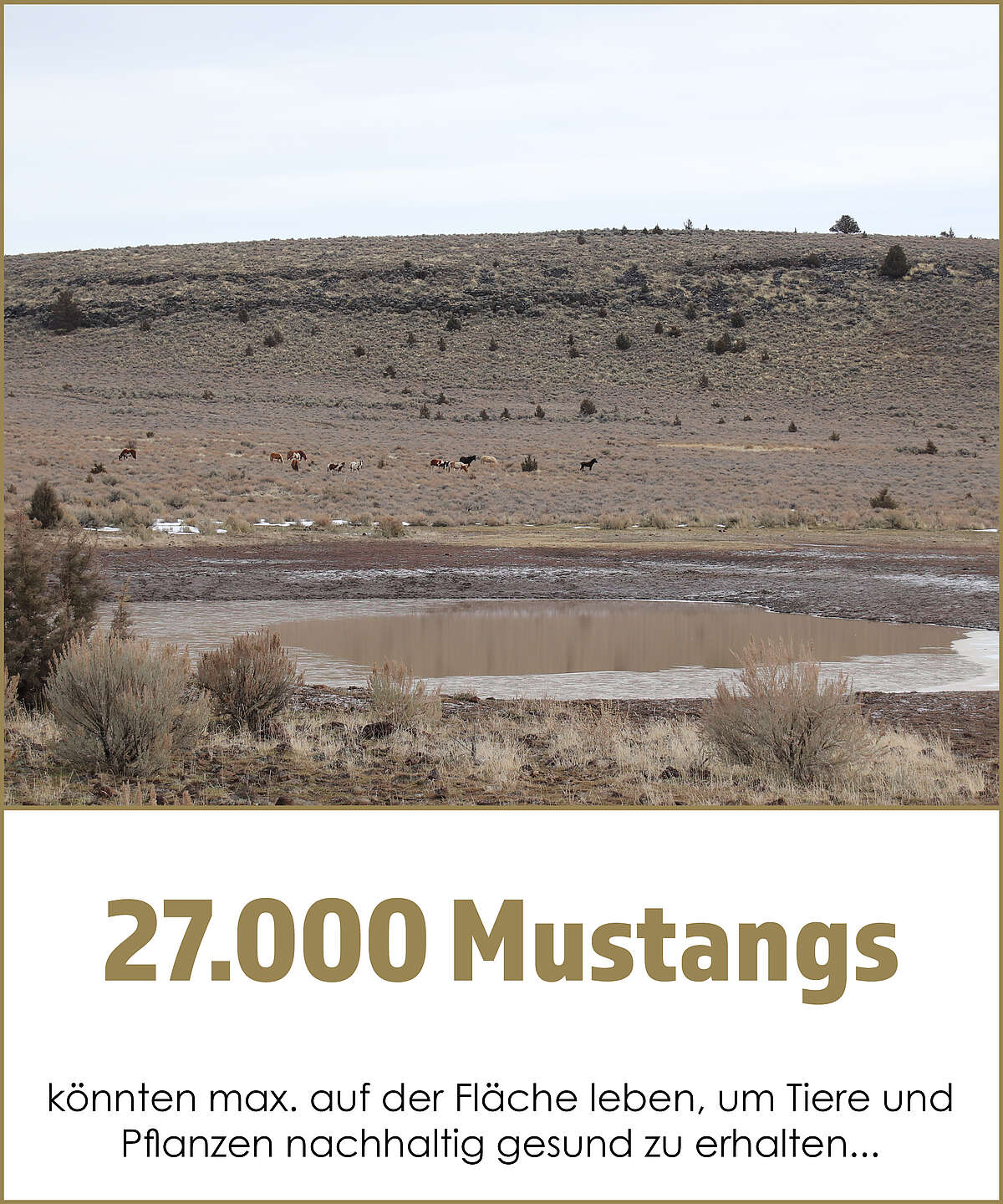 The American Mustang is a living legend. Its myth inspires many people, just like it's home - the West of the USA.However, the situation of the Mustangs has changed dramatically in recent years. Overpopulation and the restriction of the natural habitats of these wonderful animals have resulted in the food supply being too low. Since the beginning of the 1970s, the US government, therefore, has been actively responsible for the protection and conservation of the Mustang population.

The BLM (Bureau of Land Management) makes sure that the herds do not become too large, and captures a part of the horses to put them in holding facilities. These animals, then, are to be given to horse lovers in an adoption procedure. Currently, there are about 72,000 mustangs living in the wild and 47,000 in holding facilities.

For 10 years the Mustang Heritage Foundation in the USA has been organizing the EXTREME MUSTANG MAKEOVER to increase the number of adoptions. To our great regret, the demand in the USA is very low, only about 2,500-4,000 horses per year are placed in an adoption procedure. Every year the population grows by about 8,000 to 10,000 horses.

American Mustang Germany started a similar event in Germany in summer 2017, which we hope to improve the situation of the mustangs with and establish this breed in Europe. Through our work we have been able to get more than 260 horses out of the facilities and give them a new chance. All of this is only possible if you support us and secure your livestream ticket today or get access to our video library.

With your ticket you also give the Mustang a voice! The Mustangs live on the lands made available to them, which are managed by the BLM. The countries are big and wide, but the areas are not suitable for 88.000 wild horses and burros. According to calculations, theoretically, a maximum of 27,000 animals can live on the land to keep plants and animals healthy in a sustainable way.

For this reason, animals are captured again and again, on the one hand, to protect mustangs, which can continue to live free and wild, and on the other hand, to save animals from starvation and thirst. Most of the horses are extremely emaciated, especially during the winter, because in summer there is not enough food left. Also, the water dries up quickly in hot summers and the animals have to walk long distances to get something to drink.

The animals are then supplied with hay and water in the facilities. Most people imagine this to be quite comfortable, as it is similar to the way many horses living here, which stand together on meadows. But it is not like that. The horses have to be divided into mare and stallion/gelding groups and so, often stand together with other horses they would have never chosen in the wild.

In October 2019, for example, we saw a foal at the rescue station whose ear had been bitten off by another mare because there was not enough space to "flee". Injuries can also be difficult to treat. The animals are wild and untouched in the sanctuary as well. So they have to run into the so-called "chutes" to separate them.

A specific treatment is not possible in this way. The hay is fed on the ground at any time of the year. Hay piles or similar would bear far too many risks of injury. Especially in winter, horses eat from a mixture of excrement, urine, mud and water. Even shelters are not possible to protect from sun, rain or wind. The animals could panic and run into the posts and get seriously injured.

Of course, we would prefer to see all mustangs wild and free in nature, but this is not possible with the amount of animals. For this reason, we give the Mustangs from the holding facilities a new chance! Due to our work we could get more than 260 horses out of the holding facilities and give them a new chance. All this is only possible if you support us and secure your ticket today.

With your support you also give the Mustang a voice!

GET YOUR LIVESTREAM TICKET NOW